“Personality tests are useless at predicting future job performance,” if you believe self-confessed personality test hater Bob Corlett. Mr Corlett by the way is founding member of the Editorial Advisory Board for the HR Examiner. 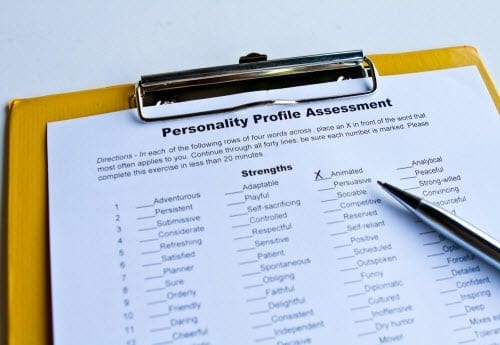 He feels personality testing is “just a way to shirk responsibility.” Except for that comment and his nuclear-like condemnation of personality tests for hiring in general, I surprisingly agree with most of his rationale and opinions.  We just don’t arrive at the same conclusion.

For example, Mr. Corlett believes “To hire successfully, you need more deep thinking, not less.”  Absolutely, that’s true. But doesn’t deep thinking require that you ask more questions and get more information?  Sure it does. Pre-employment personality assessments are another source of valuable insight.

If managers use the information incorrectly, then they likely are misusing information from interview questions (or even asking the wrong or illegal questions) too. The problem isn’t the test. It’s the manager – his or her people imperfect analytic ability to be perfectly precise.

He goes on, “A personality test will never encourage your managers to have the kinds of flexible thinking you need, because the test makes the ultimate decision.”

Bull$h!t. That statement is so wrong. Pre-employment personality assessments only provide information. Is Mr. Corlett suggesting that personality tests make a manager do stupid things?  If a manager was good at hiring in the first place, most companies wouldn’t even consider using pre-employment tests. It doesn’t hold the manager at gunpoint.

If a manager is willing to flip off his decision making skills and default to the test for the winner, then he’s just as likely to rely on questionable judgment during the interview. Many managers are already really competent at seeing and hearing what they want to hear and ignoring what they don’t.

No good hiring system should rely on personal judgment or a single source of information. If a manager chooses to use only the test results to hire his next employee, that is user error and/or the result of a weak hiring process.

I agree with Corlett that these tests can be alluring and everyone wants these tests to work.  That is because most people, even the best recruiter and hiring manager, struggles with hiring the right people.  If a personality test can add a little more insight and improve the rates of success just a few percentage points, they translate into a lot of time, money, and resources saved in the future.

Here’s another curious proclamation from Corlett: “No test will save you from the hard work of developing an intelligent hiring process.”  Who wouldn’t agree with that? As I mentioned earlier, personality tests make a hiring process more intelligent when used in conjunction with other screening tools like the behavioral interview.

Relying on only the interview places the hiring burden squarely on a manager’s ability to cut through the mask worn by the savvy and rehearsed candidate. Even more suspect is the manager’s ability to neutralize all personal bias from his decision making.  Few managers are so skilled at interviewing they can eliminate some bias. And bias makes selection vulnerable to mistakes.

Before I close this article, I wanted to share one pet peeve. Why is it that every writer or consultant that wants to badmouth pre-employment personality tests resorts to comparing them to phrenology, the 19th century theory of determining personal attributes by measure the bumps on a person’s head? Really? Is that the best argument offered to discount the value of personality tests? If so, I guess we should question the value of computer science because it was based on the same fundamental math principles as the abacus and slide ruler. Testing for almost any purpose has progressed in infinite ways since the 1800s.  For sure, there is a lot of room for improvement but eliminating pre-employment testing from a hiring manager’s toolbox does not improve chances of success.

The bottom line is this: pre-employment personality assessments can make good managers better at hiring; But they don’t won’t make bad managers who make stupid or bad choices good.