Company Culture | Why Do So Many Recently Hired Top Performers Fizzle?

How important is company culture when it comes to hiring success? 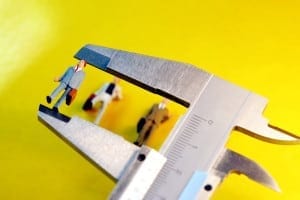 Part of the answer comes from a study published in the Harvard Business Journal. The authors investigated why so many top performers that move from company to company often perform more like comets than stars. These star performers were once blazing successes but faded quickly once on the new company payroll. Why?

Many companies don’t realize how critical their company culture, their human resources philosophy, and their approach to talent management is. It dictates how successful or unsuccessful they are at cultivating homegrown talent and integrating hired stars. Exceptional individual performance apparently has as much to do with company-specific factors (resources, processes, and leadership) as innate individual talent.

The challenge of hiring star performers away from competitors carries enormous implications and significant consequences. In the HBR article, the authors show that 46 percent of star performers did poorly in the year after they left one company for another. Performance plummeted about 20 percent and rarely did it reach old levels even 5 years later.

The problem with hiring stars who fail doesn’t stop at disappointment of one’s individual performance. These falling stars rarely accept responsibility for their failure.  They assign poor performance to the company, its culture, and anyone except themselves. They often times become toxic to the team and the company.

Our tendency is to explain top performers’ success by their character traits, overlooking the power of circumstances.

Why do these high potential and former stars fail to live up to expectations? Why do they fizzle out after hopping on another payroll? Why do they suddenly seem to become less intelligent when he or she switches firms? What happens to the years of experience that incented you to hire them in the first place?

Most companies overlook an important fact: An executive’s performance depends on both his/her personal competencies and capabilities and the organization’s resources. When the employee leaves, he retains his competence but cannot the company-specific resources that contributed and assisted his achievement.