How to avoid interviewing Dr. Jekyll and Hiring Mr. Hyde

Chris joined Best Builders about four years ago. Shortly after a stint at college and a few years of on-the-job training, Chris was hired. She was enthusiastic, personable and showed a positive attitude toward work. 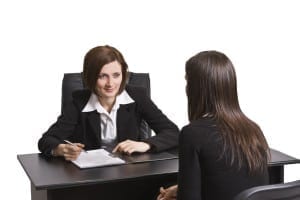 It didn’t take long for everyone to pick up that Chris was also very bright – except for the occasional mistakes she makes that require everyone to check up on her work. If you ask her if she is sure her numbers are correct, she is insulted. “If you don’t trust me anymore, just tell me face-to-face”, she’ll fire off. “Don’t insult me by beating around the bush.” Chris is almost a Dr. Jekyll and Mr. Hyde. You never knew which person will show up for work on any given day.

It’s the same for working with her customers. Put her in a situation with an unhappy or persistent customer and look out. She becomes impatient and blunt, even abrasive at times.

Sometimes luck is on your side. Just about eighteen months ago, your top salesperson announced he was moving out of the area and in your email box arrives a resume from Joe. You can hardly believe it. College grad, 12 years of experience, and top award-getter at his previous employer. His company just was merged with another company and they laid off the entire sales force. You call him right away, schedule an interview, check his references and make him an offer – and he accepts.

Joe has met his sales targets but for a Salesperson of the Year, three years running, he is certainly not setting the world on fire. He seems to be coasting and blames marketing, the economy and your customer base for his lackluster results.

You have a slightly different opinion about the reasons for Joe’s performance. You feel he lacks enthusiasm, isn’t making much effort to get more sales, and shows little initiative.

What changed from the time of the pre-job interview for Chris and Joe to their post-hire performance?

Dictionaries define the word “interview” as “a formal meeting in person, especially one arranged for the assessment of the qualifications of an applicant.” But unlike personality and ability tests, interviews rely on the interpretation of human beings. The interview is no more than a verbal test and as few as one in fourteen job candidates hired by the interview are successful.

To become a skilled judge of future performance and to minimize the potential for error, a hiring manager needs to know which questions to ask, how to assess each response and do this without bias or prejudice. And there lies the gap between hiring success and failure.

No wonder the odds are on the candidate’s side to get a job even if he or she isn’t quite that qualified.

What other process in business today has such poor reliability and continues to be the tool of choice to screen and promote an organization’s most valuable asset, its people? This reliance on the traditional interview creates two very expensive problems for employers: the cost of hiring the wrong employee and the hassles and expense associated with terminating a wrong hire.

The problem with typical interviews is that they just don’t have structure. Even discarding personal bias, most hiring managers make decisions based on education, work history and how well they connect with the candidate because they can at least quantify those factors.

When observing managers during interviews, I consistently find that they ask leading questions in order to see if the candidate provides the answers they want. If the candidates answer the way that they hoped, they accept the response and then move on to question two, three, four and so on without probing further. The candidate who takes the bait the best gets the job.

Worse than that many interviewers focus solely on getting to know the candidate. One manager just recently confided to me before the interview that he didn’t like to ask probing questions because “in his experience” that makes the candidate uncomfortable. He felt that his role as hiring managers was to sell the candidate on the company. WRONG! An interviewer’s first responsibility is to evaluate job fit and IF there is a fit, then sell the candidate.

He is not alone. As it turns out, the traditional interview may be nice for social gatherings and public interest stories, but it has almost no predictive ability in the hiring process. According to the Handbook of Industrial and Organizational Psychology, the success rate for predicting actual job performance is a dismal 7%. The rate jumps to 38 percent when personality tests are included, 54 percent when situational interviewing is the assessment of choice and a whopping 75 percent when a technique called job matching is used.

Two solutions then emerge to enhance an interviewer’s predictive accuracy in assessing employee performance and fit for a job: behavioral interviewing and pre employment assessments.

Both techniques rest on job analysis, a structured process that involves asking both jobholders and their managers a very detailed list of job-specific and results-focused questions. The sole purpose of job analysis is to develop a list of critical job competencies. These competencies become the target list against which each applicant is measured. By assessing what candidates know (competency) and how well they can apply what they know (proficiency or competence), managers can increase the predictability of selection up to ten-fold. Any system that skips this process will be highly inaccurate.

Regardless of which interview technique or assessment is used, accuracy in selecting employees for the right job on the right team depends on job analysis, an effective interview, and assessing applicant responses properly.