Why Aesthetics Matter in a Black-and-White World?

“I see dead trees,” Steve told his employer a few years earlier. “And that’s why I’m quitting my job.” 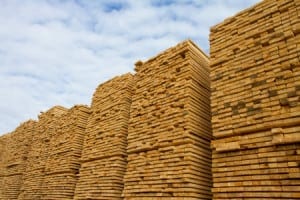 oday Steve designs log cabins for a small manufacturer in PA. He’s been working here for about two years.  The owner – his boss – loves his work ethic and his creative ideas have helped the company grow. “He’s very smart too,” he added.

The feeling was mutual. Steve liked working here much more than at his previous employer. He appreciated the small business feel and being part of the “family.” But as much as Steve told everyone how much he enjoyed his job, you also got the impression that he was trying to convince himself as much as others.

As part of an initiative to improve the leadership skills of the company’s management team and prepare for a father-to-son transition, each manager and key employee completed a series of assessments.  One of those instruments was Business Values and Motivators, which provided the key into Steve’s warm but tenuous attachment to his job.

Steve observed and lived life through the Aesthetic value, one of six values that motivates and drives our behavior.  Steve didn’t just build log cabins. Each cabin was a portrait, a unique form of art that he designed. He created homes out of nature’s children (the trees) and envisioned each product in its birthplace – serene and majestic woodlands.

But Steve didn’t always feel that way about his work. After graduation from trade school, Steve started his career at one of the largest retail home improvement companies. It didn’t take long for his manager to identify Steve as a high-potential and recommended him for advancement and placement in the management training program. He was promoted quickly and with that came more pay and more perks. If Steve was motivated by the Economic and/or Power and Authority values (to be discussed in future newsletters), he would have won the biggest prize in the career lottery. Unfortunately that wasn’t the case.

While others might experience career satisfaction, engagement, and happiness with all that success, Steve was depressed. He hated coming to work each day. Because Steve sees the world through the Aesthetics lens, he didn’t embrace the opportunity but saw dead trees in the form of lumber lining the aisles of his work space. He saw the commercialization and mutilation of nature and the environment. He engaged with consumers who rarely if ever considered that the 2 x 4s and panels were once living and growing organisms.  From the day Steve resigned, he felt like a weight was lifted and he could breathe deep again.

Steve admitted to still feeling a little anguish knowing that the logs used for building the cabins were still “dead trees.” But their general character was preserved and most of these homes were built in wooded and often remote areas.  While no longer living, his designs returned them home for their final resting place. While not perfect, Steve learned to live with that.

As an aside, I asked Steve what he enjoyed doing in his spare time. True to his Aesthetics value, Steve loved fishing. And when I say love, I mean it in the truest sense of the word.  Steve’s eyes lit up when I asked what he liked to catch and where he liked to fish.  “I don’t care,” he said. “I throw them back.  I just enjoy wading in the stream with the water rushing by me, with the leaves rustling in the breeze, listening to the birds and other animal sounds. Sometimes I just get lost out there for hours, standing still but traveling to another place. I’m just so relaxed and at peace when I’m alone and one with nature.”

As one of those people whose Aesthetics value is low, I just can’t imagine the enjoyment Steve feels. If I did like fishing (which I don’t), my catch would have to be big and the action exciting. Steve and his fellow Aesthetics love the art and nature, not the game of fishing.  He expressed little enthusiasm, and maybe a little disdain, for deep sea fishing. “That’s more like a sport. I’ll take fly-fishing any day,” he said with a beaming, broad smile.

Values are what makes relationships stronger or tears them apart. The values we’re talking about are neither right or wrong, good or bad.  They are however different. By understanding that we each see the world through one or two lenses, we can begin understanding what motivates and de-motivates others.

Despite all the rhetoric that managers place on finding the right fit and employees who share company values, many blow off the value of values. We are motivated by what we value. By discovering what an employee values before you hire him, you can save time, resources, and money and keep employees motivated and engaged without a lot of guesswork.

Aesthetics is one of six values that motivate us.  To learn more about the other five values and employee motivation, click here.