Why Traditional Job Interviews Are Unreliable

Why do people hired by the same methods, doing the same job, and
managed by the same person perform so differently? Dependency
on traditional interviews is a prime reason. 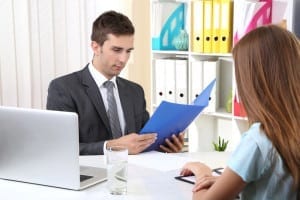 1. Traditional interviews are historically and scientifically poor predictors of success on the job. Why?

2.  You can fool all the people some of the time.

At least half of all new hires in US businesses don’t work out.
Source: Fortune Magazine, February 7, 2000.

30% of business failures are due to poor hiring practices.
Source: Department of Commerce

3. How to Hire with More Accuracy for Less Cost

Assuming a cost per hire = $7500, the real cost to hire the right employee based on the type of interview conducted.

4. A manager who hires a person without a natural match and thinks he can overcome the new hire’s shortcomings with training might as well be trying to train a rabbit to swim or a fish to fly rather than hire a fish and a bird in the first place.