The 7 Most Common Reasons Why Succession Planning Fails

Faced with changing demographics and skilled worker shortages, many companies will be unable to fill job openings from the CEO to the technician. “The Perfect Labor Storm” has already crippled many organizations. And a lack of responsive succession planning is making it worse. 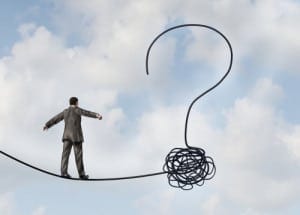 Despite over two decades of warnings about the need to plan succession, many companies have ignored them. In a recent survey by Institute for Executive Development and Stanford Business School almost half of the companies were NOT grooming a specific executive to succeed the current CEO.  For companies that did have a plan, 39 percent could not identify a single candidate who was “ready now.”

Other surveys paint a much bleaker picture.  According to Korn/Ferry 98 percent of companies believe leadership succession to be important but only 35 percent actually have a plan in place.

As bad as succession management is at the top, it is much worse as you climb down the organizational ladder. In these days of lean-and-mean, each position in many companies plays a vital role. The absence of a single worker can compromise the business. An abrupt absence or even a planned retirement can cripple it.

Even when a company creates a succession plan, the failure rate is high.  Based on both years of research and work with my clients, I’ve identified 7 common reasons that succession plans fail. While in most cases, the research was based at the CEO level, the same sources of failure occur regardless of the position level in the organization.