Don’t Ignore the Value of Aesthetics Motivation in the Workplace

For many, there is no value added to the performance or the workplace when it comes to Aesthetics motivation. But let’s take a moment to think more deeply about Aesthetics and what it means to be motivated by form, art, and balance. We will likely find one or more aspects of our life that does, indeed, take this sensory-driven motivator into account. In general, the more motivated by Aesthetics we are, the more we are drawn to—and value—that which is pleasing, harmonious, and beautiful. 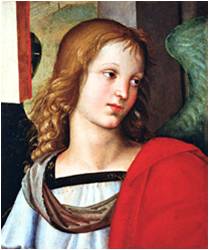 Artists, musicians, architects, and chefs are obvious appreciators of Aesthetics, as they are motivated to produce paintings, songs, buildings, and dishes that move the senses. Many other less obvious types are also influenced by Aesthetics.

Consider, for example, a body builder, one who trains hard to achieve muscle mass and strength. To many people, his sculptured body builder is just an expression of a self-obsessed freak.  But because a body builder aspires to achieve an aesthetic ideal of muscular perfection, the symmetry and shapeliness of every muscle group in their body is a dominant motivator and an important aspect of his training. Truer words than “beauty is in the eye of the beholder” have never been spoken when it comes to Aesthetics.

What about a gardener? Green thumb or no, most of us prefer certain colors and arrangements in our flower bed or yard but to the Aesthetic they hold special meaning. It is no coincidence that consummate gardeners—professionals—are known as landscape architects.

Aesthetics do, in fact, motivate. Love, passion, obsession with, or for, something is a very personal internal motivator that propels us to express what, to us, is aesthetically pleasing and desirable. Our own visual and sensory awareness of both the environment and ourselves—feeling as one with our surroundings—represents our aesthetic values and define who and why we are. 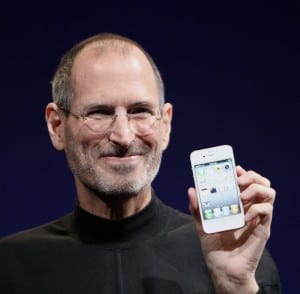 Consider Steve Jobs, co-founder and former CEO of Apple. Day in and day out he wore his signature outfit: a black mock turtleneck, blue jeans, and gray sneakers—to him, all simple, perfectly designed items of clothing, similar to every simple, perfectly designed Apple product he pitched. Contrast Jobs’ simplicity with the polarizing persona of singer–songwriter Lady Gaga. Gaga’s fashion sense is anything but simple, yet, like Jobs, her own signature fashion style and product (her voice) have defined who she is and gained her world fame.

Steve Jobs and Lady Gaga can both be considered high on the Aesthetics range. However, the aesthetically motivated are not necessarily creative or artistic themselves; rather, they value and respond to their own perceptions of form, symmetry, beauty, flow, and balance. In other words, skill or excellence at producing a thing of beauty is not necessary for aesthetic values to be dominant in a person; what determines the degree to which a person’s primary value is Aesthetics is the strength of their inner drive.

Aesthetics is likely the most misunderstood value, too. That is because it is often the value that management and many business people don’t share, especially in industries such as manufacturing, distribution, technology, engineering, and logistics. The research consistently reveals that Aesthetics is typically ranked 6th of six values among sales, management, and executive teams.

But you don’t have to be famous or an artist to be motivated by Aesthetics. For the Aesthetic employee, for example, the ability to decorate his or her workspace with plants, wall hangings, and relaxing photos and messages is important. But, the value placed on Aesthetics can be the difference between a worker being engaged and productive, or distracted and unproductive. And, oftentimes, company policy or an unaesthetic manager feels that making one’s workspace comfortable is just a waste of time. He views every second a worker invests in watering plants as time that could be spent on a project.  Unfortunately, the worker who is not allowed to decorate feels out of sync … and is, ironically, less productive.

Rare however is the person who is a pure Aesthetic. More often than not, other values come into play when considering an individual’s degree of personal aesthetic engagement and passion. These motivators include Economic: motivated by both the Aesthetics and a return on investment. It’s the difference between the starving artist and the financially successful virtuoso.  Other complementary values might include Social concerns:  how others might benefit from the Aesthetics; Power and Authority: the control over one’s (and others) destiny that Aesthetics might bring; Doctrine: how the Aesthetics fit into one’s belief system and customs; and Conceptual: the history and knowledge behind the Aesthetics.

For example, an architect—clearly concerned with aesthetics—might also express social values of environmental consciousness in building design, or economic value in building size. A lover of classic cars who drives a smart car appreciates sleek design and colors as well as helping the environment, another version of Aesthetic value. But he might also be expressing his Economic value, considering the stats that show how easy and economical a smart car is to drive. A hair stylist strives to give clients just the right cut, just the right color, just the right style, and also wants to be recognized as #1 in her market. In this case, Power and Authority come into play as additional motivators for the hair stylist.

The fact is, we are all motivated by Aesthetics, some more so than others. Do aesthetic passions drive your behaviors, interactions, and decisions? How do they impact your career or add value to the workplace and performance? Or, are you like the majority of the people in this country who may enjoy a day in the outdoors but don’t appreciate the smell of the roses?