Women over 50 Are Not Done Yet!

​Working women have made impressive progress. But here we are in 2021, still arguing and fighting for equality in the workplace. Discrimination is still prevalent, although its execution might be a big more subtle. Just 20 years ago, S&P 500 companies claimed only 2 women among the elite CEO club. Today, 41 women are CEOs of companies such as General Motors, Best Buy, Walgreens, The Hershey Company, Oracle, Citigroup, and Clorox. But still, that’s only 8 percent of CEOs, while women make up more than half the U.S. population. Women made gains in the C-Suite too but are still outnumbered 17:1.

While much attention was justifiably directed to racial inequality in 2020,  its not the only form of bias and persistent discrimination.   The pandemic took a pronounced toll on women. Some even called it the “shecession.” Women left the workforce at 4 times the rate of men. The “mom penalty” added insult to injury. Upon reentry, many professional women over 50 will meet gendered ageism.

The clock has run out for companies. They need to pivot and shine a light on all forms of discrimination including genderism, sexism, and ageism.

Bonnie Marcus reveals how ageism and genderism got lost in the 2020 rush to introduce “unconscious bias programs and initiatives.” Research shows that over 5 million women lost their jobs or left the workforce due to the pandemic. However, you are 18% less likely to get rehired if you are between 50 to 61, while 50% less likely if you are over 60. When women show visible signs of aging, they are looked at as less competent, relevant, and valuable—all because of how they look. While progress has been made and management is now consciously and actively embracing the necessity of a diversified workforce, it is far from reality after you dig deeper than the surface.

Professor Rao explained how leadership skills vary from men to women. Women face more challenges when it comes to promotion because of these “hidden” glass ceilings that prevent them from picking up leadership roles and responsibilities. Men and women have their own unique leadership styles, decision-making initiatives, and leadership skills that should ultimately make the world a better place if both are given equal opportunity.

Removing the Limits and Controlling the Mindset

“Self-reflect and understand that you may be holding yourself back and keeping small because of the ageist assumptions and stereotypes that you internalized.” [10:23]

Bonnie emphasized that these assumptions are things that can be controlled through our mindset. You should take a hard look at beliefs that limit you and sabotage your career and success. You can still get promoted, ask for a raise, express your opinions, and be visible even if you are older and aging. These beliefs can be powerful, but they can also hold you back.

“Be proactive with these tips and strategies now that you are more vulnerable and reaching 50 – and beyond.” [17:20]

Be vigilant and aware that gendered ageism is real. Bonnie suggests some tips that will help you to be strategic in your career. It is crucial to develop a plan about your career goal and how you can add value moving forward. Establish a strategic network and find those people who support you to create an ally of champions. Understand your value proposition to know how your work leads to positive business outcomes. See and leverage opportunities and be politically savvy; start paying attention to your political landscape and see how you can keep yourself visible and stay relevant.

“It is untrue that you are in a cognitive decline after 50; you can’t learn new skills and adapt to technology.” [24:38]

It is essential to have a growth mindset and stay curious. There are many opportunities to learn new skills and adapt – with technology bridging the gap and simplifying things even further. Keep up-to-date with your current skills and learn new ones to grow in your current position. Research your industry trends, and see what new skills will be required in the new few years to be utilized to be at the forefront. Find a mentor to help grow credibility and relevance, and pay it forward too.

“Men and Women’s leadership styles are diverse because they are biologically different.” [39:53]

Professor Rao explained that women may be better at decision-making than men in the new normal due to what he calls “soft leadership.” Men tend to make harsh and aggressive decisions. Women are more empathetic and collaborative. Men tend to make everything a competition. In the future leaders will need both styles. However, the focus on differences should not be on how one is different from the other but on how society can work together to have men and women collaborate to create a better world. Men need to shift their mindset towards women, and women should empathize with men. These scenarios can help improve productivity, performance, and connection with each other—leading to peace and prosperity.

WHERE TO WATCH OR LISTEN

The Geeks, Geezers & Googlization TV Show is live every Wednesday at 1 PM ET on Facebook, YouTube, Talk 4 TV, and broadcast on W4CY Radio, part of Talk 4 Radio on the Talk 4 Media Network.  The podcast is also available on Talk 4 Podcasting.

Following the broadcast, the replay will be available at the same links for YouTube and Facebook, our podcast website Geeks Geezers Googlization, and on most podcasts including Apple Podcast, iHeart, Spotify, Amazon, Stitcher and more. 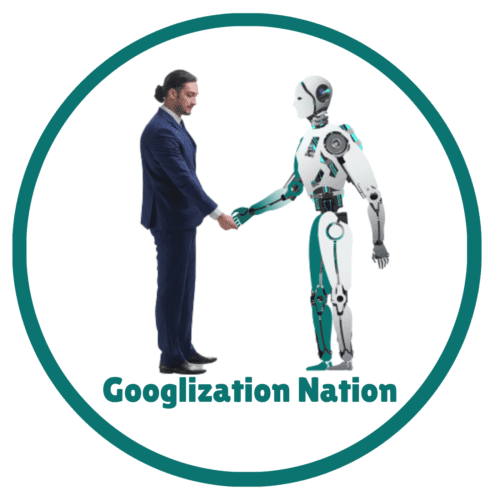 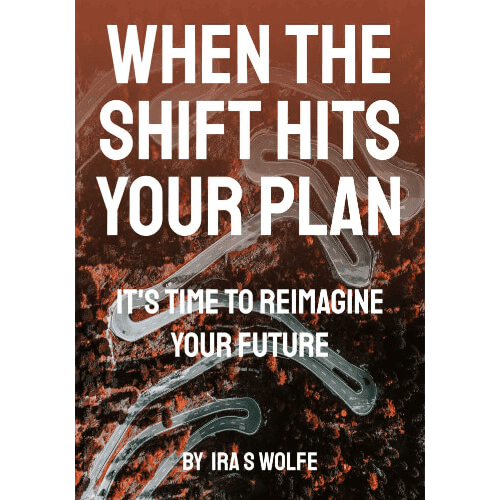